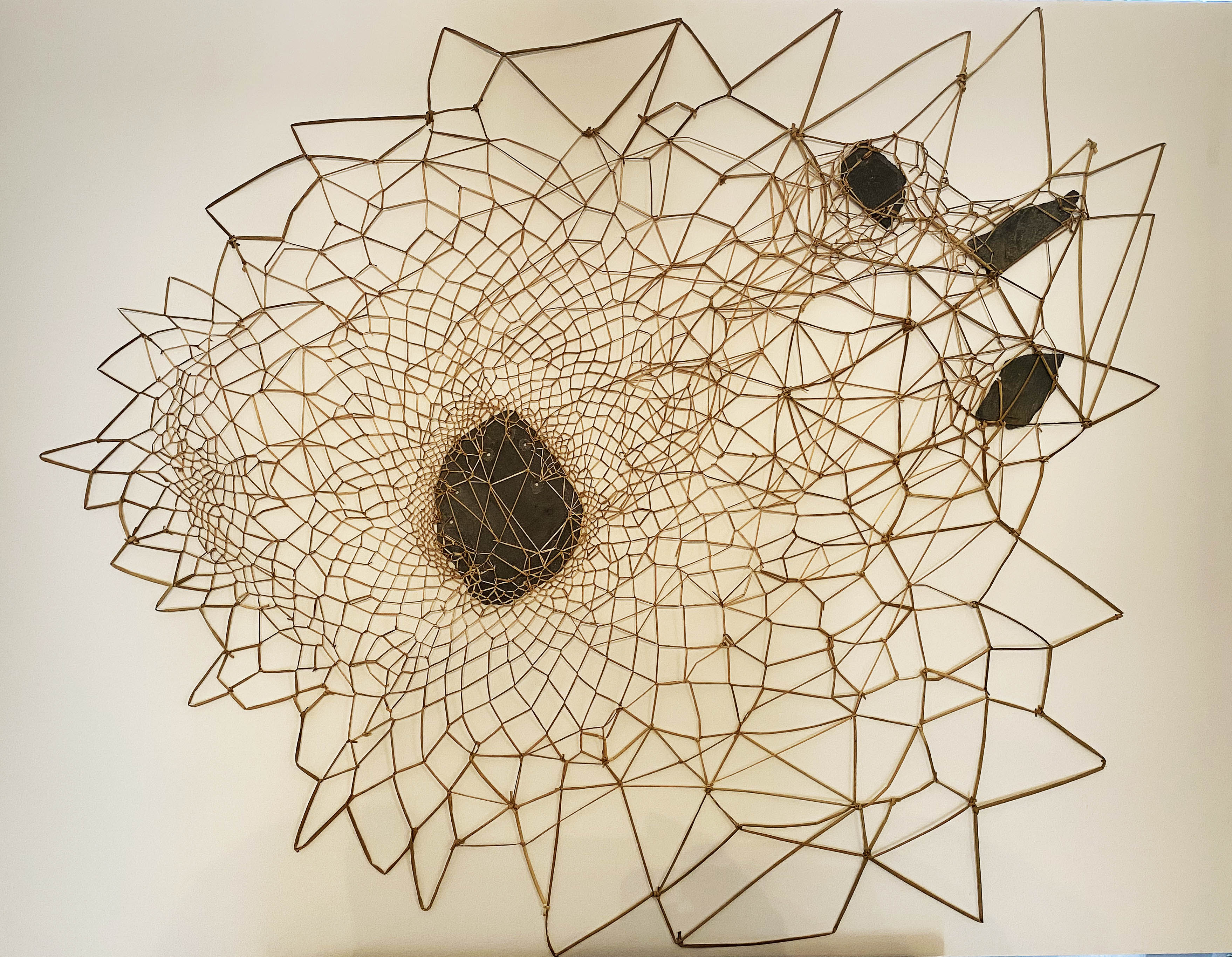 Marinette Cueco was born in 1934 in Argentat, on the Dordogne, in Corrèze. She realises both monumental sculptures and extremely modest assemblages: the formerly in situ works are thought of as temporary, while the latter works, despite their apparent fragility, are hardly perishable. Far from an aesthetic of conquering wild spaces, her body of work falls within a culture in which the relationship to nature is like a mutual collaboration. At 88, this artist who was exhibited in 1986 at the Museum of Modern Art in Paris, whose Cnap (National Center for Plastic Arts) has a monumental fishnet.

Rimer Cardillo was born in 1944 in Montevideo, with a very strong background in printmaking and other related technologies, he has developed a large and powerful body of work that includes prints, photographs, sculptures and installations. His work presents viewers with his ongoing inquiry into cross cultural and environmental concerns. In 1997 he was awarded a John Simon Guggenheim Fellowship.. He was selected to represent Uruguay at the 2001 Venice Biennial. In 2018 The National Museum of Visual Arts in Montevideo organized an Anthological Exhibition.